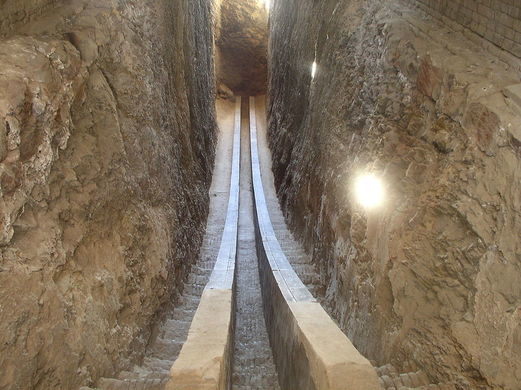 By initiation of Mirzo Ulughbeg was constructed the biggest observatory. During a few decades, scientist, including prominent astronomers such as Djemshid Giyas ad-Din Kashi, Qazi-Zadeh Rumi and Ali Kushchi, were carrying out dimensions of heavenly moments. The Samarqand observatory became famous for the publication of „Ulugbeg Zidj“, maintaining introduction of theory and tables of 1019 stars. The observatory was found by Samarqand archeologist Vyatkin V.L at early ages of 20th century. He delved subterranean remains of a big sector of 40 m in radius, which was used for observing of the Moon, the Sun and the other supernal boodles.