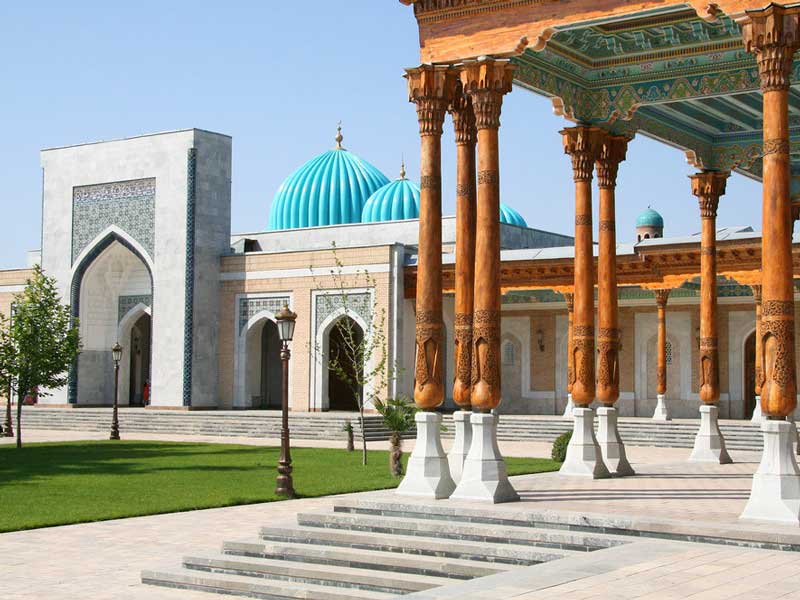 Cemetery of a prominent Sunnite divine Imam Muhammad al-Bukhari, who died in 870 is placed not far away from Samarqand. Because of having unique memory he managed to analyze hundred thousand of prophets. His work was resulted in summa of hadiths – „Al-Djami as-Sahih“ which were sainted by the 10th century as a major hadiths anthology in tradition of Sunnite. In the 16th century at the grave of al-Bukhari was founded a small mausoleum and mosque. In accordance with 1226th anniversary of Imam al-Bukhari and decision of Uzbekistan government, a new memorial complex was constructed in 1998 on the place of old mausoleum.