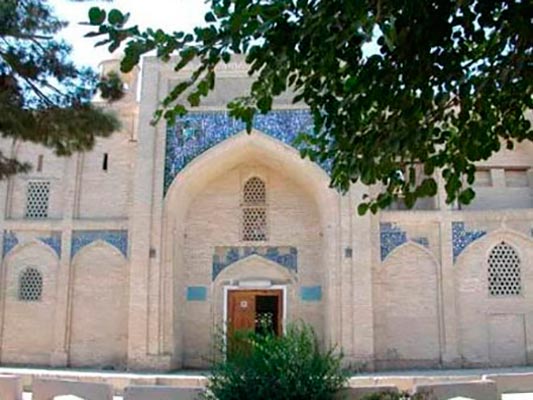 This historical and cultural complex, located in the central part of the city of Bukhara, consists of a madrassah and mosque. Historians believe that name of the complex is connected with the name of the square- Gaukushon that in translation means „the one who kills the bull” or a butcher. Well before the construction of the complex, this square was actively used as a slaughterhouse.

In the middle of the sixteenth century a huge madrasa and a mosque with a big enough for that time minaret were constructed in the square. The initiator and sponsor of the entire construction process was Sheikh Khodja Saad. Local residents, who wished to express their deep respect for the sheikh for such a great mercy, decided to reflect his significant contribution in the name of madrasah.