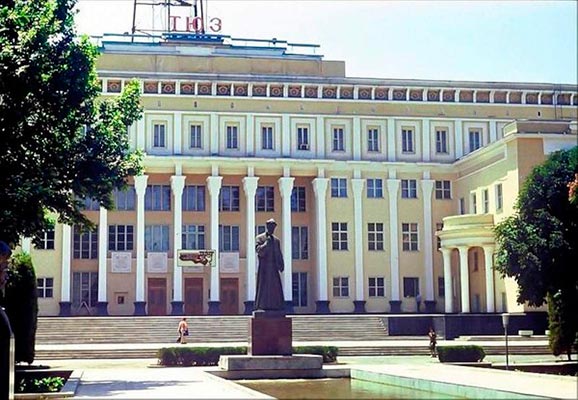 As the name implies, the theater repertoire plan is designed for young viewers, although no less interesting performances are put on the stage even for older spectators. Along with the world-famous fairy tales – Cinderella, The Wizard of Oz, young visitors get acquainted with national works, such as an interesting work by G.Gulyam „Mischief-maker“. Performances are held in two languages ​​- Russian and Uzbek, which makes the show even more interesting.

On the basis of the theater festivals of different levels are regularly held, which are attended by teams from the countries of Europe. However, the theater is also putting into practice more serious works, which are visited by more adult audience. For example, the performance of „Sodom and Gomorrah of the21th century“, the main idea of which was authentic biblical tales with the display of contemporary issue- drug addiction, won a full house.