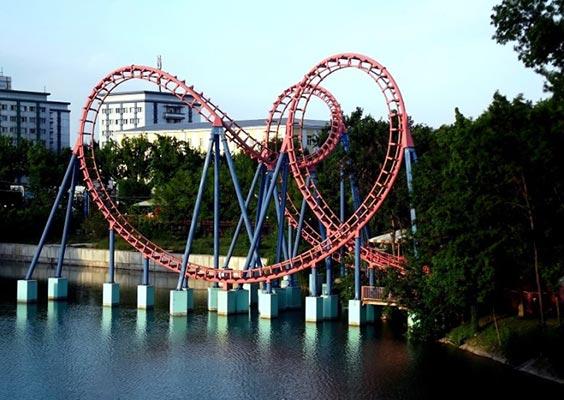 On the street of Amir Temur, 107 in the city of Tashkent in the National Bank of Uzbekistan, one of the most famous amusement parks – Tashkent Disneyland – is right next to the Aquapark. This is not only a favorite corner of all the children – entertainment in the park is enough for the share of adults.

Do not leave indifferent even the most seasoned men the roller coaster, whose height, as well as numerous turns, are considered one of the most dizzying. That’s where the level of adrenaline reaches the highest point! From the height of the devil’s wheel, magnificent landscapes of the city are opened, which can be admired indefinitely for a long time. And in the room of fear, even the most fearless will have unsweetened – steep winding turns, unexpectedly appearing monsters, will repeatedly make a start or even scream.

The most popular attraction is the jungle. That’s where you can give vent to your feelings. The long way to go in a boat is full of surprises and surprises. Dense vegetation, intertwining lianas, and through each interval – wild animals jumping out of bushes and, of course, perfect soundtrack. Swim through the slow waters, temporarily transferred to a tropical, full of dangers the world. Well and where without the famous boats, frogs, waves and other attractions. Also, the seats of children’s merry-go-rounds are never empty, for which generations of children have been enjoying success for many years.

In memory of Disneyland, you can buy one of the souvenirs, as well as a snack during the entertainment of all sorts of sweets, which are literally filled up with counters of children’s stalls. The best family vacation – be it weekdays, or weekends – will certainly pass here – in Tashkent-Land. Call – (+998 71) 238 56 25.