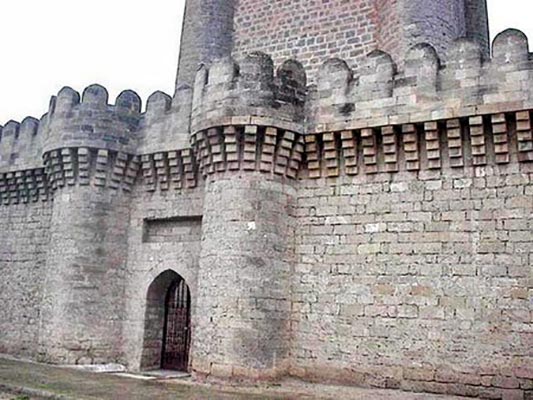 The first mention of the beginning of the construction of castles and towers dates back to the 11th-12th centuries. Of these, there are such structures as: Sabail Fortress („Baku Atlantis“), Maiden Tower (Gyz Galasy), Ramana Fortress, Mardakan Fortress (observation post), Shih Fortress („Fortress of Light“). This is an amazing complex, similar to which you will not find on vacation in Uzbekistan.

Basically, in the towers were military garrisons for the formation of the first line of defense of the city, in case of an attack on it. It is known that in the period from 11 to 14 century Baku was regularly attacked by Mongols, Russians, and Seljuk Turks. Thanks to the towers and fortresses, Shirvanshah Ahiston managed to protect the city from capture by the Russians in 1175, who arrived on 73 ships. The towers simultaneously performed the functions of protection and signaling. And if the enemies were approaching the city, the peaks of the towers informed the inhabitants of the danger, with the help of the oil set on fire. One of these castles, included in the defensive system of the city, Sabail or Bailovsky Castle, is notable for its mystical legends. Nowadays it is also called „Baku Atlantis“, since it is almost entirely under water. The Sabail castle was built in the 13th century by the design of Zeynadin ibn Abu Rashid Shirvani and looked like an irregular elongated rectangle. The foundation was repeating the shape of the island shore in forms. It was built in the Bayil Bay opposite the city, but with a strong earthquake 1306g. the castle was under water, due to the increased water level in the Caspian Sea. The fortress walls encircled the castle along the perimeter. There were 15 towers in them. The structure was designed to protect against attacks by the city from the sea.

By the order of Shirvanshah Ahsitan, near Mardakan settlement, Mardakan fortress was built 22 meters high in the middle of the 14th century in honor of the victory over the enemy. The main purpose of the fortress is the point of observation. It housed a military garrison. Also in this village is the defensive fortress of Shikh („Fortress of Light“) 16 meters high, built as a point of observation in 1232. In general, about 30 towers are known in the settlements of Apsheron, many of which have survived to this day. Excursion here is not worth much money and therefore can be included in the framework of a relatively cheap tour.