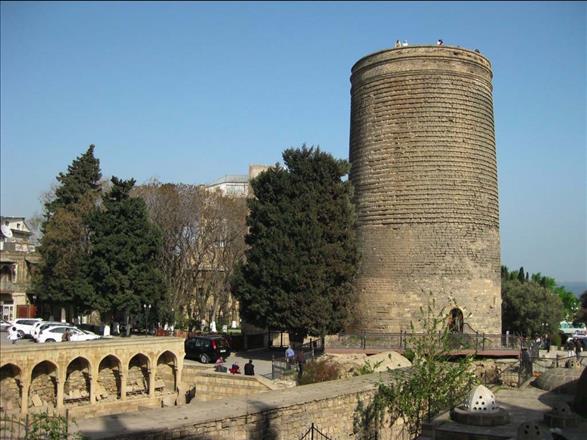 The name of the tower is also intriguing. According to the official version, the reason for the presence of the “maiden” part in the title is due to the fact that nobody could capture the tower for all time during the assault. Hence, it has retained its inaccessibility and honor. But there are also much more romantic stories explaining the origin of the name. One of the stories tells of a Shah who fell in love with his daughter and dreamed of taking her as his wife. The horrified maiden, as a wedding gift, asked the father to build a tower, in the hope that while construction is in progress, the father will come to his senses. Hope, alas, was vain, and in order not to enter into such a marriage, the girl rushed from the tower into the sea. According to another version, a strict father gave his daughter for the unloved, and plunged into the sea, she turned into a mermaid and swam to her warm friend.