Registration
Travel in Uzbekistan and Central Asia > Crafts as art 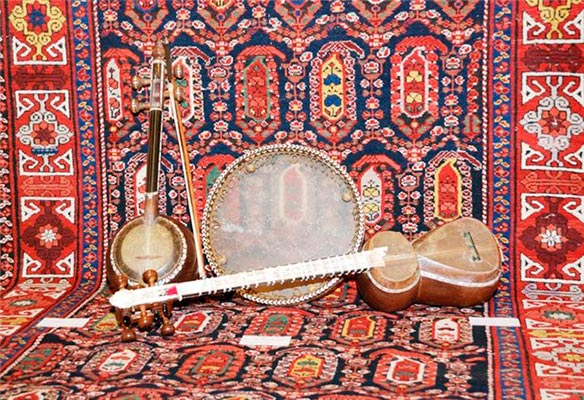 Modern Azerbaijan is famous in almost all cities for its local masters. Each city in past centuries was famous for the territory of the country by a variety of crafts. The most popular were carpet weaving, jewelry, weapons skills, weaving, embroidery, stone carving and much more. Today medieval masterpieces of Azerbaijani folk artists are in many world museums, like the Louvre, the Hermitage, the Metropolitan, private collections in Europe, Asia, America and local treasuries. For example, you can get acquainted with some amazing things on vacation in Uzbekistan. And today the modern handicraft creativity of Azerbaijan does not cease to amaze its admirers with remarkable souvenirs, handmade ornaments, various utensils. To see these masterpieces, it is enough just to make a tour to Azerbaijan.

Most of all Azerbaijan was famous for its fabrics. Merchants from neighboring Persia, Turkey and Syria flocked to the glorified raw silk. And local cotton, woven in colorful fabrics, flew light waves throughout the civilized world.

The steppes were famous for their fat herds, where various tribes and nationalities overtook huge flocks and herds.

Crafts, built almost to the rank of art, glorified Azerbaijan throughout the world. Carpets, copper utensils and pottery, carved stone and wood, praised the industrious hands of local masters and in the distant Middle Ages, and nowadays, as many secrets have not been lost in the centuries past, but carefully preserved.

One of the most famous kinds of artisan art is the making of carpets. They are woven here from the fine wool of sheep, and therefore the first villages where craftsmen who created bright canvases appeared, Kazakh, Garabagh and others, were near the pastures. Azerbaijani carpets have always been famous for geometric patterns and floral patterns, since Islam forbade people and animals to depict in realistic clarity. The same elegant painting is found in carving on the stone. Moreover, rich houses were decorated with a carved stone not only from the outside, but also from the inside. The difference is that the interior was made of alabaster. A true work of art can be called a wooden lattice – shebeki – intertwining window space. They were cut from a single board and stacked like a puzzle without the use of nails and glue.

Another skill that glorified Azerbaijan is jewelry. Local magicians are not known for the processing of precious stones, but a thin pattern, which they weave from threads of various metals.