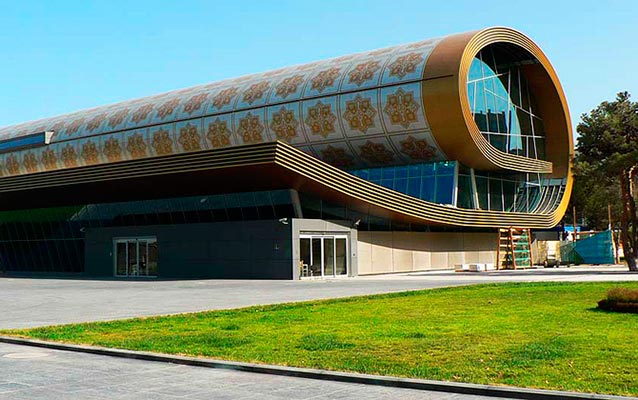 Azerbaijanis believe that the carpet museum in Baku is the only one in the world. Perhaps this is not so, but such a large and diverse collection of carpets of all kinds of colors, textures woven at different times in the territory of Azerbaijan is difficult to find, wherever else. That’s why every tour of Azerbaijan must include this place. The art of weaving carpets can be considered one of the oldest in the vastness of Azerbaijan. Initially bright, multi-colored canvases were woven in cities famous for the production of sheep’s wool. As the ornament used only plant motifs or images of birds, the Koran strictly prohibits the realistic mapping of people and animals.

Azerbaijanis are rightly proud of the complex art of carpet weaving, so it’s no surprise that in the late 60s of the last century a carpet museum appeared in Baku, near restaurants and hotels in Azerbaijan. Initially, the museum placed its collection under the arches of the Juma mosque, in the heart of the old city. However, when in the early 90’s the building was decided to regain its religious status, the museum was left without a permanent home for a while, but certainly not without a roof over its head. The exposition was located in the Museum Center, but the carpets were a little cramped, and in 2008 the Kovrov Museum began to build its own building. And before the museum found its permanent home, the collection managed to travel most of the exhibition centers, galleries and museums of the good old Europe and flaunt its beauty in many countries of the New World. The new structure was planned in the form of a rolled carpet, and now, after the erection, to the most amazing and unique structures in Baku.

Under its arches there is not only a rich collection of various carpets, but also more than 10,000 other exhibits representing the national crafts of Azerbaijan. These are ceramic dishes, ornate jewelry made of precious metals, richly embroidered national costumes and a variety of metal products.

The oldest exhibit is a carpet woven by the masters of the Tabriz school back in the 17th century. This is not a whole canvas, but only a fragment of “Ovchulug”. Another amazing jewel is Hila Afshan, a work created in the 18th century.

Under the roof of the museum are carpets woven by representatives of different schools in the past centuries. Bright paintings that tell true connoisseurs about their creators, masters from Guba, Kazah, Tabriz, Ganja, Shirvan, Sheki, ordinary visitors will simply be presented with the joy of contemplating exquisite traditional ornaments.

Many exhibits have passed a long and tortuous path before entering the halls of the museum. Some were donated, others were sold from family collections, and some were donated. The latter include an amazing work of art – “The Dragon Carpet”, which was donated to the museum in 2013 by a trusted member of the famous association of connoisseurs of this art, the Chicago Society of Oriental carpet. Tour operators of Azerbaijan are especially proud of this fact.

The unique exposition “Burned culture” occupies a special place. It shows carpets-fire victims, who miraculously managed to save from Shusha in the early 90s of the last century, when the city was threatened with destruction during the Karabakh conflict.