Registration
Travel in Uzbekistan and Central Asia > History in brief 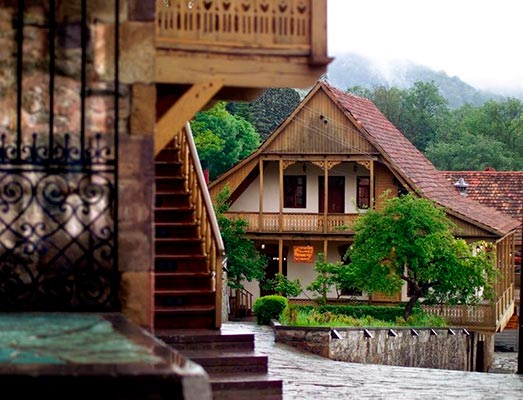 It must be said that the local beauty and mild climate attracted to the edge of the protected people in the days distant from us the veil of the past centuries. Thanks to intensive archaeological research, that are held here since the second half of the last century, scholars have found that Dilijan and was inhabited in the Bronze Age, reigned here about twenty-five hundred years ago. Confirmation were numerous valuable trinkets and artifacts found during the excavations, now exhibited in museums in Moscow, Baku, St. Petersburg. Local tribes eventually replaced the royal person. In the 4th century BC, when the land of Armenia was shared between Byzantium and the great Persian kingdom, dense forests around Dilijan chose a hunting ground for the rulers of the peoples and their entourage. However, some large settlements in so remote a veil of time did not exist a century. The first village of Dilijan wrote the French traveler who wandered into this beautiful region in 1666. A small town appeared here in the early 19th century. No doubt a few yards there was before, but the Dilijan as urban settlement, was mentioned only in 1826.