Registration
Travel in Uzbekistan and Central Asia > RESERVES AND PARKS 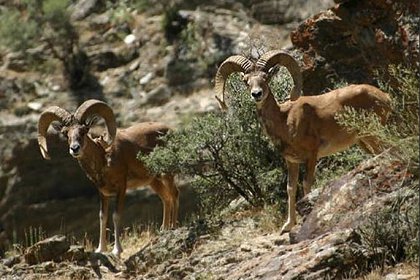 It is possible to talk about the diversity of the natural resources of Uzbekistan for quite a long time, because there are both deep rivers and high, rocky mountains, and arid deserts and steppes in the country. In addition, Uzbekistan has more than 10 reserves and over a dozen reserves. Consider the largest and most famous.

The largest of all reserves in Uzbekistan is the Chatkal reserve, located on the slopes of the Chatkal range in the direction of the Western Tien Shan (Parkent district, Tashkent region). This is a very picturesque and inaccessible area with steep cliffs and beautiful mountain peaks, whose height reaches 4,600 meters above sea level. The flora of the reserve is represented by more than 40 species of tree-shrub forms, among which are: black currant bushes, Halebian cherries, real pistachio, etc. As for the animal world, it is also quite diverse: roe deer, Turkestan lynx, stone marten, white bear, wild boars, Siberian mountain goat, ermine, porcupine and others. When the reserve created a museum that is not only a reflection of its beauty, but also the history of this beautiful place.

Zaamin Reserve was organized in 1960, and the main purpose of its creation was the preservation of unique juniper forests and representatives of flora and fauna characteristic of this area. The reserve is located in the Jizzakh region of Uzbekistan, and its area is 26.8 thousand hectares, of which 4,161 hectares are covered with forest. Here there are several hundreds of plant species, among which there are dozens of the most valuable medicinal and economic. Among the representatives of the fauna, the white-bearded bear, the forest dormouse, the Turkestan lynx, the forest mouse, the Karuters vole and the gray hamster are distinguished. It is worth noting that the juniper zone is especially rich in birds: there is a juniper tit, white-headed vultures, bearded lambs and black vultures.

Nurata Reserve is located in Farishsky district of Jizzak region. The area of ​​the territory it occupies is 17752 ha. More than 600 species of plants grow here and a lot of animals are found, including: corsac, desert wolf, stone marten, wild boar, long-legged hedgehog and many others. In addition, the remains of an ancient settlement and unique rock paintings of hunting mountain rams are preserved in the reserve.

The Badai-Tugay reserve belongs to the Republic of Karakalpakstan and is located in Beruniy district, not far from the Amu Darya river, occupying an area of ​​6,462 hectares. Of these, 50% is vegetation. The purpose of the creation of the reserve was the preservation of wildlife and tugai forests. The climate is extremely continental and at different times of the year ranges from -30˚ to + 44.4.