LEGENDS AND SECRETS OF ANCIENT SAMARKAND 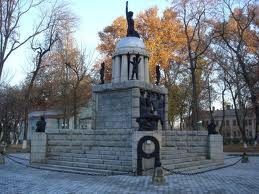 The aged, but eternally young Samarkand, has many mysteries, but he shares them only with those who sincerely want to know them. Samarkand remembers a lot of brave people, great warriors, famous scientists, the first artisans. The city remembers all and seeing modern people, perhaps compares them. When the leaves rustle, sometimes it seems that it is not the leaves, but the city itself. It whispers to us about its reminiscences, about the past, he tries to share with us his thoughts about the present and the future. Who has visited Samarkand at least once, dreams to see it again someday. Taking into consideration many aspects, Samarkand tour operators always prepare an unforgettable program of your journey.

Many events used to take place on this land. Many legends used to be composed about it, they were described in textbooks. People wrote about them, talked about them… And how many more events are going to happen, which will also be talked about, and written about… The city remembers everything… The city is three-thousand years old. It saw the burning fires of the great Genghis khan. It saw a lot of warriors, really brave men. People of Honor, people of duty.

Samarkand is a legend itself. When you visit this wonderful city, be sure to look into the faces of its inhabitants, look at its greatness. Imagine how the great Timur is peering somewhere out there into a distance. As Ululgbek catches his stars…. as sages, in ancient times, make their inimitable patterns on Samarkand paper. Imagine ancient inhabitants of the city, its old quiet streets, how people rush each on his business… Do you feel it? This is a special feeling… Trembling in the chest… Samarkand is a great city. Sometimes it even seems that everything is familiar, and the sensations becomes more exciting. It is very difficult to abandon this kind of pleasure. Do not miss the opportunity to go to this beautiful city together with Samarkand tours.