THE LEGEND OF THE CREATION OF ARZIS 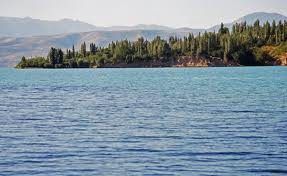 One Jew, who heard a lot about Samarkand city, came here from the side of China. For a long time he was astonished at the beautiful, cheerful city, which, if it is possible to say, not like any other city in the whole world. When he saw the river Zeravshan, he wondered where so much water was flowing. Addressing this question to one person, he received in response a reply that Zeravshan carries all its water to Bukhara. Then the Jew thought that Bukhara must be undoubtedly a big city, if such a huge river flows toward it. He had a desire to see Bukhara. By the way, everyone can visit this city, and Bukhara tour operators will help in organizing this wonderful trip.

One day, walking around Bukhara and admiring the city, this Jew saw at a bazaar in a row of gold and silver works of Masters, one master, who cast out two chamoises of gold and a hare of silver. “Who are these chamois and the hare meant for?” asked the Jew. He was explained that they are intended for the Samarkand sovereign, who many thousands of other different things for many years have been receiving in order to be appeased and honored, as he did not detain the water of the Zeravshan River, and allows it to flow into Bukhara cities. After hearing this, the Jew began to laugh: “You are foolish people, you do not know that such a large river can not be detained by Samarkand king. Try this year not to send anything to him. If Samarkand people do not give you water, I will be responsible for that.”

Without receiving the usual payment for water, so many years brought by Bukhara’s people neatly, Samarkand sovereign sent an ambassador to Bukhara to find out the reason of non-payment for water. The Bukhara people replied: “Now we will not pay. If you are able, do not give the water to us.” Annoyed by such an answer, the king commanded to lock the water, but nothing could be done and the water still flowed freely. The king thought: “It is impossible to stop water in the river. Someone opened their eyes in Bukhara.”

After a while the sovereign had been denounced, that the Jew again was traveling in Samarkand, who persuaded Bukhara’s people not to send tributes for water. The king commanded to seize the Jew and deliver to him. When the Jew had been brought, the king commanded to kill him. Having heard such a command, the Jew began to beg the king not to kill him and promised to conduct plenty of water to Samarkand. It should be said that earlier residents used only water from wells, and there was not flowing water in the city. The king was worried that the water from wells was so hard to be extracted from and that it was not enough. The Jew began digging canals and carrying water. The suburbs, gardens and the city became green, the water flowed everywhere from the canals.

It took some time, when the king remembered the trick of the Jew and gave the command to kill him again. The Jew began to beg for giving him life and promised to show an amazing thing. The king agreed. The Jew asked for a piece of land, circled it with a wall, and locked himself in there with one of his disciples. Then he built a tower with a dome and an arch, decorated with tiles.

It passed a while and once again the king of remembered the offense inflicted on him by the Jew. Again he commanded to catch the Jew and execute. The Jew asked the king to give him three days with the deadline, promised to show another amazing thing. The king agreed, though it was all clear that the Jew intended to deceive him once more. The Jew entered the tower built by him with his disciple, locked himself and began to make wings for them two. Having made wings, he had flown away, but the disciple had fallen down onto one of the roofs and breaking a foot. When the king was told of what had happened, he commanded to bring the disciple. The king asked the disciple if the Jew told him what distance he could fly at one time? The disciple replied, that when he asked him about it, the master said that it could be possible to fly without resting for five farsangs. Then the king ordered the riders to jump in all directions from the city and get the Jew. Searching for him took A lot of time but finally the Jew was found, resting on one meadow, they seized him and delivered to the king. According to the order of the King, the Jew was killed, and his apprentice buried his body in the tower built by him (some say he took it to China).

The Jewish sage, about who about the story was told here, is the person who first taught Samarkand people to dig canals, this was the beginning of the creation of Arzis. And the knowledge of the mysteries of many other cities begins with the Uzbekistan tour agency, which guarantees the most impressive jorneys.