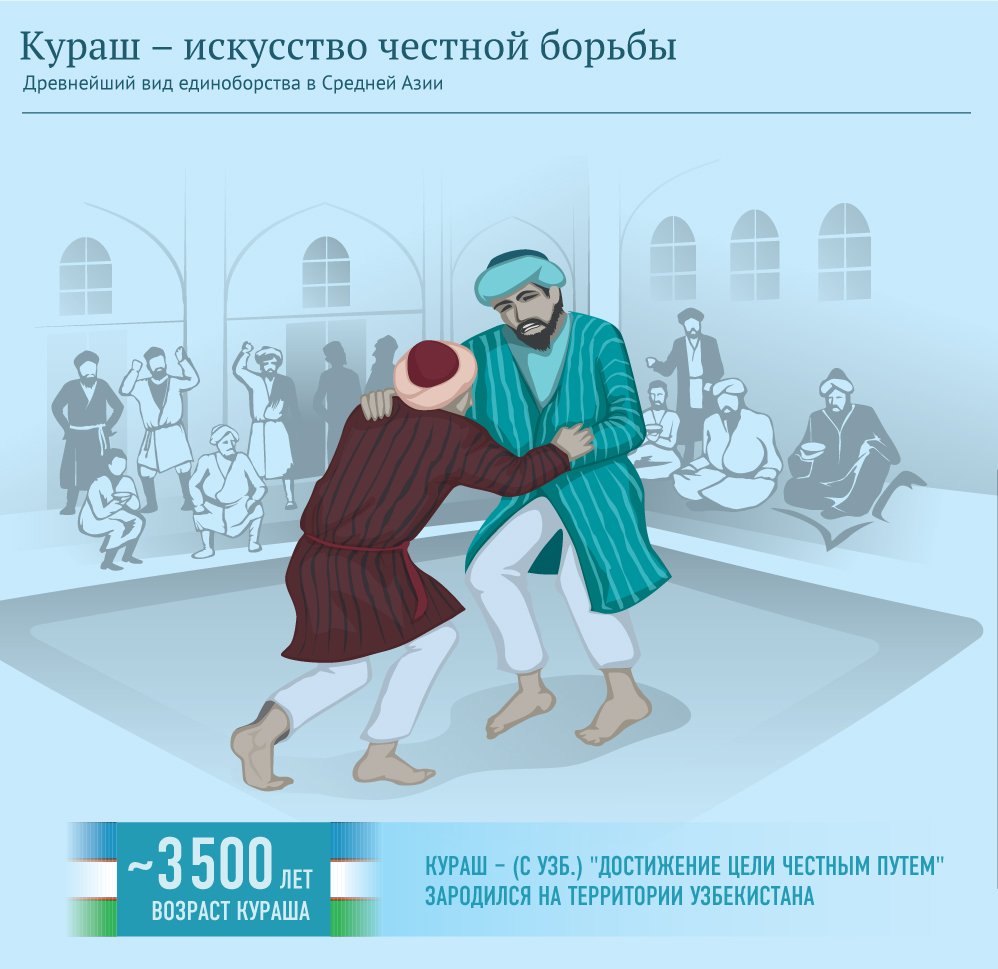 Kurash can be translated from Uzbek kinds grappling. Such folk marital art existed long time ago. It was mentioned inside some historical books, involving legendary Alpomish epos, which tells about worshipped activities performed among Central Asian people. Pahlavan Mahmud was fabulous fighter off twelve century Khiva. His burial place considered sacred by pilgrims all over Asia.