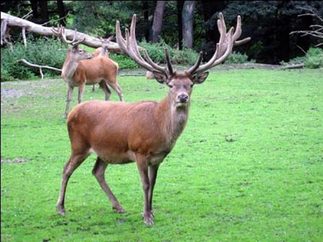 The hunting economy in Uzbekistan:

The seas, the rivers and lakes of Uzbekistan:

The country is located between two largest rivers of Central Asia – Syr-Darya in the north and Amu Darya in the south. The total length of Amu Darya is 1437, Syr-Darya – 2137 kilometres. Both these rivers and their inflows originate out of limits of Uzbekistan, in high mountains to the east from borders of Uzbekistan and flow in a northwest direction, running into Aral sea. Amu Darya is formed basically by merge of the rivers Pjandzha and Vakhsh, Syr-Darya – Naryn and Karadari.

The largest rivers of Central Asia make two river pools: Syr-Darya and Amu Darya. The river basin of Syr-Darya includes the rivers Narga, Karadarja, Chirchik, Ahangaran, Soh, Isfara, Akbura. Isfayramsay. Shahimardan, Gavasaj and Kasansaj; in a river basin of Amu Darya-Zarafshan. Kashkadarja, Surhandarja, Tupolangdarja, Sherabad. Inflows of the rivers as Amu Darya, and Syr-Darya basically proceed on republic territory only within the average and bottom current. In the conditions of a hot droughty climate many rivers dry up, partly in the summer because the water most part is used for an irrigation of farmlands, mainly the Khorezm oasis and Karakalpakstan. On the average a current of this river the certain weight of water gets into the Amudarinsky channel, and then it irrigates the earths of Bukhara and Kashkadarinskii oases. Unique large lake in Uzbekistan – salty Aral sea located in the northwest of the country on border with Kazakhstan. The area of Aral sea in 1980-1990th years was strongly reduced.

It the rivers it is used for an irrigation of the earths. To 1998 coastal line of Aral sea has receded in places on 80 km, and the sea has broken up to three separate reservoirs.