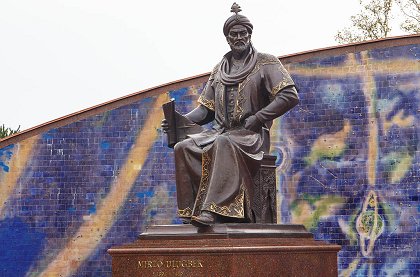 From childhood, Muhammad Taragai (real name) loved visit libraries featuring educational institutions. Youngster mostly interested in astronomy. So 1428, rulers dream came true; scientific observatory near ancient city has been built, named after him. Those times, it turned single observatory of its kind, unparalleled throughout medieval East and even West. For observation development, most prominent scientists were invited, who worked upon par with their leader.

Currently, observatory not fully preserved, just its underground part had survived, where tourists from all over world come see miracle medieval East. After all, this building is witness how peoples that time made their discoveries inside scientific world. Within institution Ulubek wrote his famous work “Zij Gurgani” or “New Astronomical Tables”, where 1018 stars were described. Ulubek gave starry year description. According to calculations, it contained 365 days, 6 hours, 10 minutes, 8 seconds. The error was only 58 seconds.

Until XVII century, his work “Astronomical tables of new Gurgan” used as teaching tool among many universities, including Europe.

Visit madrasah is included into classic excursion tour to Uzbekistan, which reviews always only positive.