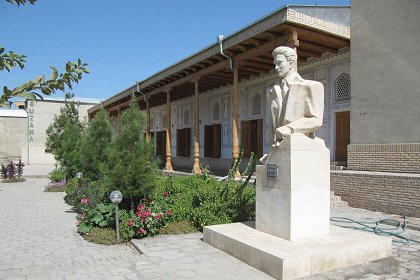 All of them ornamented with delightful murals, which were made by eminent city masters. Sometimes Uzbekistan travel itinerary provides detailed edifice examination.

Merits of this person;

First, he headed BNSR. From one thousand nine hundred’nd twenty-five till 1937 suppression began literally raging within state. F. Hojayev took SNC Uzbekistan’s helm, being its chairman. Besides, supplementarily one of Soviet Primary Election Commission participants. Foizulo wos Uzbekiston Communist Assembly Central Committee member. However, politics suffered same fate as others renowned personalities. Presumably 1936, Faizulla Khodjaev, along with another noticeable affiliation workers, such as N.I. Bukharin, Akmal Ikramov, K.B. Rykov plus others, had been taken under arrest. Soon, got prosecuted in Moskow, accused of belonging towards so-called Trotskyist right-wing bloc. During spring 1938, he was shot.