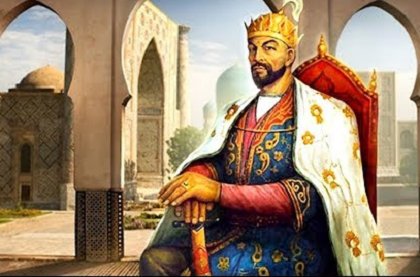 The history of Central Asia is inextricably linked with the great military leader and conqueror Amir Timur, the founder of the Timurids Empire, and if starting a discussion about it, it is important to note the fact that the history of this part of the world does not know a more significant personality. Amir Timur was born in 1336, in the city of Kesh. Today, this city is called Shahrisabz, a favorite attraction of those who travel in Uzbekistan. Amir Timur was a very courageous and restrained person with special character traits that attracted people. He always knew how to make the right decision in any difficult situation, it was his best quality. He also had a well-developed artistic and uncommon taste, he took a direct part in the construction of architectural structures, which became part of the Treasury of world culture.

According to historians Amir Timur, except his native Turk language, knew Persian, and probably Arabic languages. He was interested in communicating with scientists and amazed historians and philosophers with his knowledge. In 1361, he began his political activities. He personally recruited detachments of adherents, who remained the main foothold of power. It was a beginning of new epoch of his gains and fame. He swept everything in his way and set his laws. As a result, he conquered the entire Maverannahr and was elected supreme emir. Marriage with the daughter of one of the descendants of Genghis Khan, allowed to have the honorary title of Khan’s son-in-law.

To ensure the security of the borders of the state Amir Timur was forced to conquer Mogolistan. He made seven campaigns, and in 1390 finally destroyed their army. In the year of 1380 he went on a campaign against Malik Pir Ali 2, as he refused to obey and began to strengthen the defensive walls of his capital Herat. It was proposed to resolve the problem in a peaceful way, but the proposal was rejected, and as a result Herat fell after a five-day siege.

The next step was to curb the Golden Horde in order to unite Mogolistan with Maverannahr. Amir Timur conquered almost all the countries in his tours to Asia, including China and India. In 1399, after the capture of India, Amir Timur moved to Iran, and at the same time defeated the Ottoman state. At the time of his reign a number of laws were created, which set out the rules for conduct subjects and duties of rulers, lows for the army and the state.