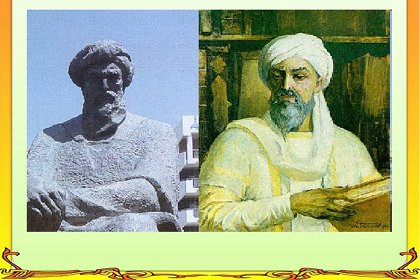 Among the prominent people of Central Asia, there are those who have dedicated their lives to divine service. Not everyone has the power to pass through the mist of contradictions, to perceive the truth of the universe and to leave it as the heritage to future generations. Al Bukhari was one of those whose history not only attractive, but also surprised with its sincerity and purity. He is known as a Muslim scholar, historian, commentator of Quran, the researcher of the Life path of Prophet Muhammad.

Al Bukhari was born in a Persian natives family. His ancestors were Zoroastrians. He was very gifted and had unique memory. At the age of seven he studied the whole Quran and knew several thousand Muslim traditions concerning the words of Prophet Muhammad. An example of his purposefulness can be his decision to go study in Mecca. At the age of 16, together with his mother and brother, he went to that city of Muslim pilgrimage, but did not return. Staying in Mecca, he continued his studies with the most famous Muslim scientists, and traveling to Central Asian countries, visited all known centers of Islamic Sciences. The next sixteen years he practiced reading religious traditions at the Prophet’s Mosque in the city of Medina. That was a credible discussion about the words and actions of the prophet. In connection with his intensive activity in Muslim communities with different opinions, Al Bukhari often had to be a victim of dirty gossip and conspiracies. Four times he was banished from Bukhara.

Al Bukhari wrote a lot of works. The most important and widespread is Al Jami as Sahih. The book represents a collection of the traditional fables he had heard from teachers, informants and from other sources. His task was to assess authenticity of those fables among a great multitude. The most reliable ones compiled his above mentioned book. Its uniqueness is that all the traditions were classified according to a certain topic. In total, it presented 7275 of the fables taking into account with repetitions, and 4000 without. He reckoned fables credible only if they were narrated by witnesses of the Prophet’s action.