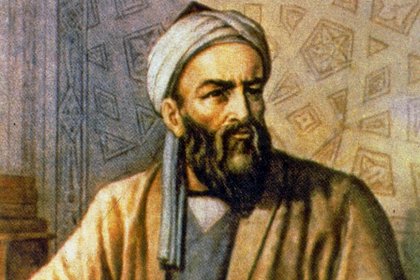 The place of birth – Birun, an outskirt of an ancient Khorezm town Kath (Karakalpakistan).

Al Biruni, in his Islamic multiple personality, is believed to be a foremost figure in all scientific disciplines. Being a scholar, he had a passion for mastering the majority of learning stages. Diversified education enabled to excel in such significant sciences, such as mathematic, uranology, astrology, geometry and loads of others. Besides, he did a great deal in studying history, chronology and structural linguistics. He was confidently fluent in variety of languages and could easily speak Turkish, Iranian, Hebrew, Sanskrit and Arabic. Vast contribution to nearly all fields of science is immense.

It is mentioned, that a famous lunarian and mathematician Nasr Abu Mansur was his first preseptor, whose cognisance had great impact on Al Biruni’s erudition. Ulteriorly, in 1017 Al Biruni after series of traveling had a chance to join the court, which was governed by the regent Mahmud from the city Ghazna.

Nowdays, the experts, working upon topics regarding to old acadimic facts conclude Birun town as the genuine birthplace. The Kath city plays an additional role, due to early educational processes of Al Biruni. Thus we can similarly treat the informaton of a dozen of towns locating in the vicinity of the Aral Sea shores. A scientific approach to common externality of existing nature, equaly as his own logical inferences helped to uncover the knowledge of rotation of the Earth around the Sun. At that date, there were two basic settlements in Khorezm – Jorjaniya and Khiva. According to eldest chronicle, Al Biruni at the age of early twenties, registered as a general favorite of Kharezmshach contrived an instrument in Jorjaniya that looked like a long ring installed in the meridian plane. That device allowed him to keep watch over fifteen solar transit circals. Later it would be reported in astronomical records. He also figured out temperate latitudes of different terrestrial objects, collating them with the parameters of the Sun altitude. This permits to regard him the ancestor of modern geodesy. The scientist refuted the opinion of his predecessors, relating to measuring the length of the Earth. Instead, he managed to compute it accurately, determining a complex of geodesic equation, thuswise evolved a new manner of applying calculations of angles between a flatland ground and a hightop of the mountainside surface. In other words, the experiment made it possible analyze the circumference of the Earth by a simple technique. In 1031, Al Biruni having been on numerous Central Asian tours, accomplished the broad cyclopaedia Kitob Al Qanun Masudi, in which he described the enormous astronomical observations. Simultaneously, proposed another approach to surveillance, as it was later clarified – two of them were in in restriction of the ecliptic, while the third one in a potentially expected site. Al Biruni introduced how to make use of the three rectangular directions in order to identify distinctions of various dimensioned points.

Ingenious professor composed a great amount of scientific works, including map planforming and cartography. The depictions of galactic phenomenon make it feasible to scale diffinate topographical areas of different objects. So Al Biruni made a tremendous contribution to the development of world science.